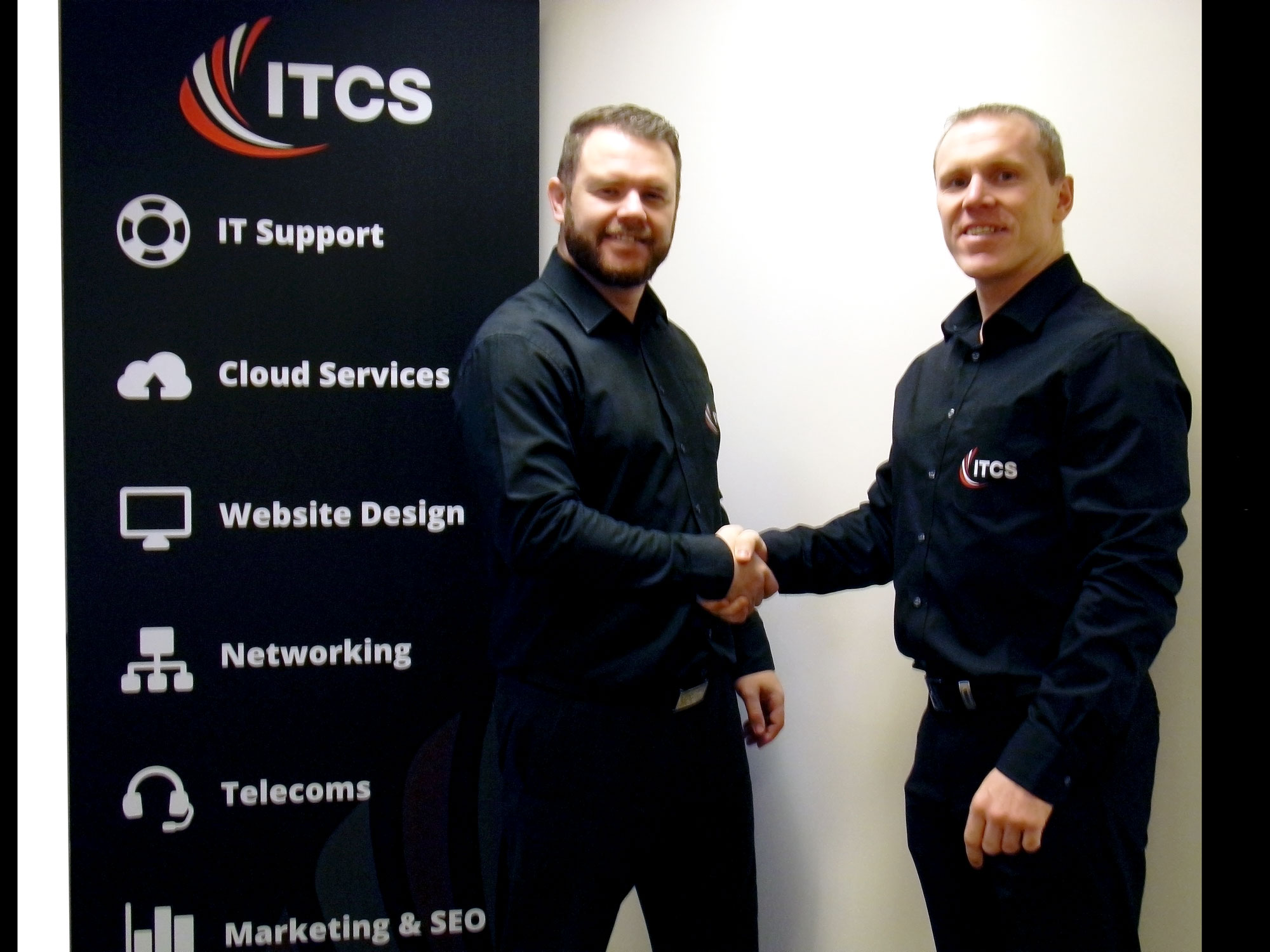 IT and Telecoms specialist, ITCS, has revealed that 2017 was their most successful year to date, with the company expanding both their turnover and their staff as well as seeing strong performance improvements across the board.

The multi-award-winning company expanded their IT support, web, SEO, telecoms, hyper-convergence and IT security teams throughout 2017 and expect further growth in these areas in the coming months, cementing their established status as Wales’ Top IT support provider whilst expanding coverage throughout the UK.    The company have today announced the appointment of a new Operations Director, Matthew Mutlow, who will be instrumental in driving the company’s continued expansion forward.

“Following another very successful year for ITCS, Matthew’s dedication, performance, and commitment to successful delivery for the company shone out and we are delighted to welcome him to his new role as Operations Director.   He will continue to play a pivotal role in the ongoing growth of the business in 2018.”

“I really appreciate the opportunity to continue to support the committed and driven team at ITCS in my new role, and look forward to driving the Operations aspect of the business forward throughout 2018 and beyond.”

WebITCS celebrates a successful 2017 with appointment of new Operations Director01.02.2018 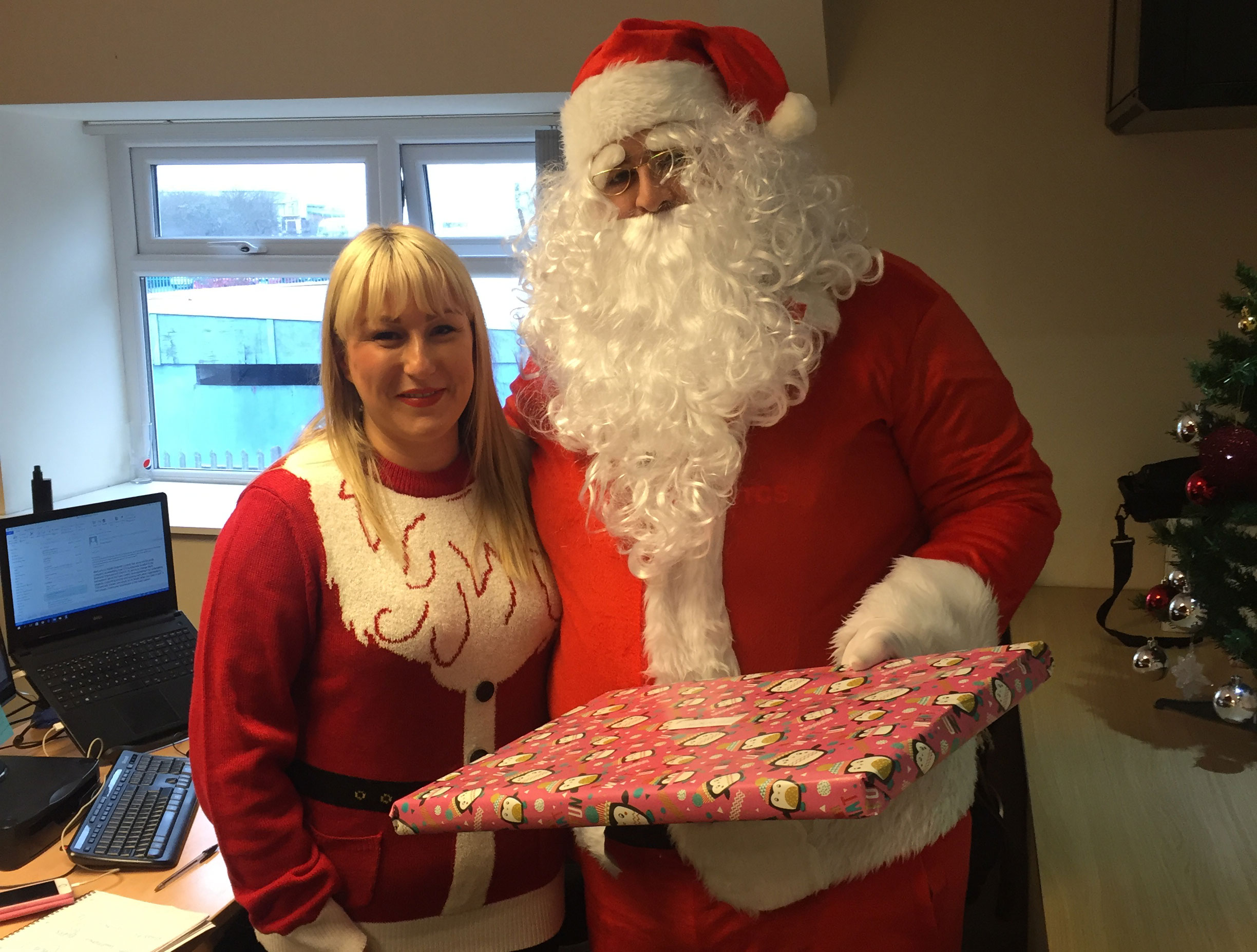 The ITCS team had a surprise visit today from Santa, who handed out the secret gifts which the team had been stealthily buying for each other over the previous weeks.

The team really enjoyed both the day and the Santa’s visit.  Here’s just one of the many pictures! 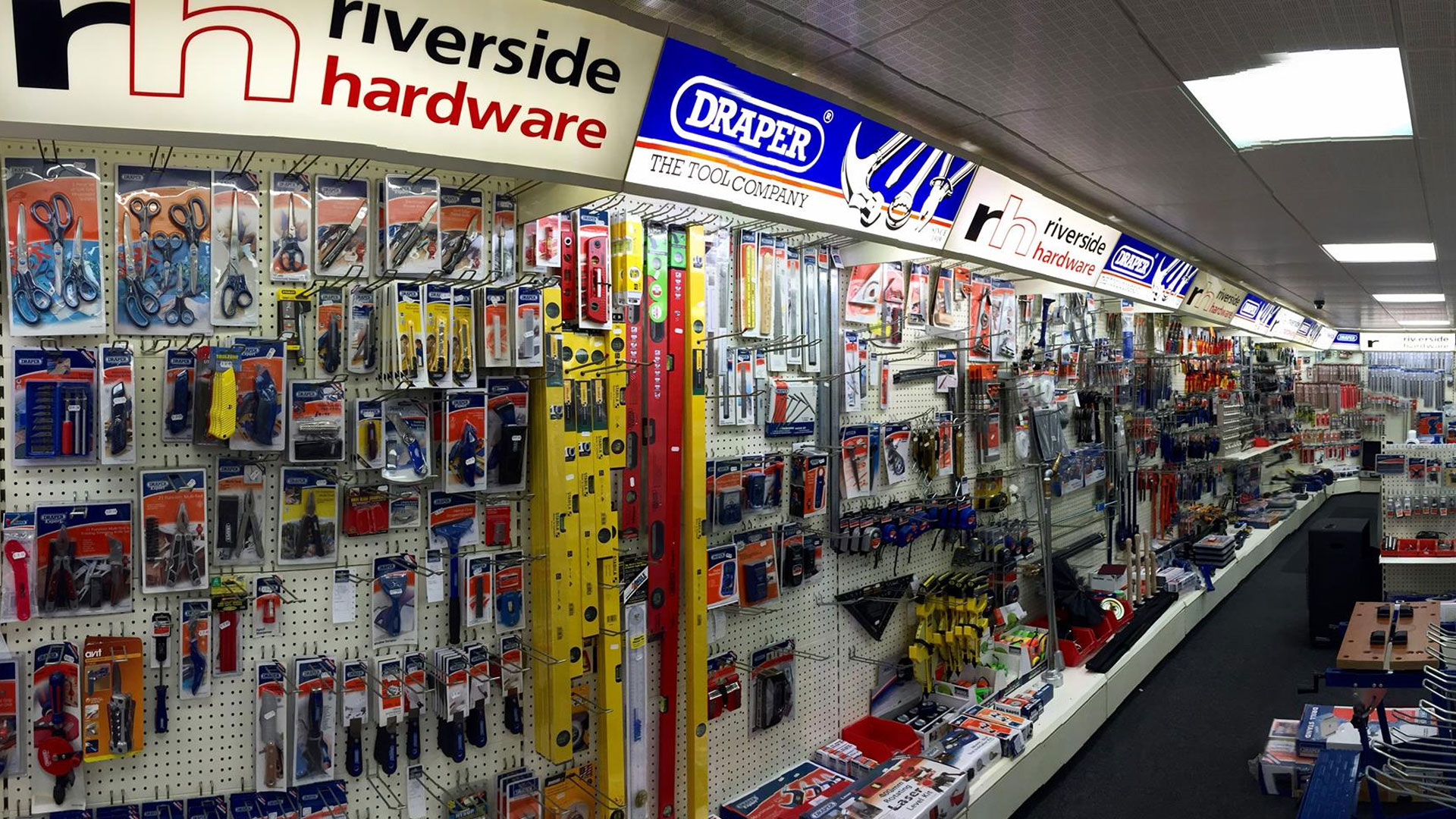 Riverside Hardware’s customers can now view and order one of the UK’s largest ranges of Draper Tools and Calor Gas online. Customers can now have tools delivered to their door, or pre-order to collect from the Bridgend store.

The company already have an excellent reputation for delivering good customer service and helpful advice. They hope this will be enhanced by the new website.

Managing Director, Ryan Woodbridge, explains why the company has decided to include online tool sales:

“We try to offer more in terms of product range and support than the chain hardware stores. Many of our customers are professional workmen who invest in hardware and tools for their business.  Therefore, we have invested time making sure our staff are skilled and knowledgeable about the tools and hardware we sell.  Customers often look to our experience when choosing the right tool for the job.”

The hardware store could previously only provide products and support to customers who were physically present within opening hours.  The new website enables them to sell their tools and share our tips and experience with a wider audience. It also helps customers who need to place orders and learn more about our products when our physical store is closed.

“We’re really grateful to Bridgend-based ITCS for making our huge range of products so easy to order online. The new website is designed to enhance and complement the great customer service we are known for providing in-store already.”

“It’s been an absolute pleasure to work with Riverside Hardware on their new web shop.  We’ve built hundreds of websites over the years, but every now and then you come across a really special project where you share so many values with the customer that working with them is a natural fit.

“Both Riverside Hardware and ourselves have a long-established presence in Bridgend, and like us, they are incredibly passionate about customer service.  Building the website so that customers can also buy tools online has been an honour, and we look forward to continuing our solid relationship with Riverside Hardware for the foreseeable future.”

WebRiverside Hardware gets tooled up online with new website from ITCS12.12.2017 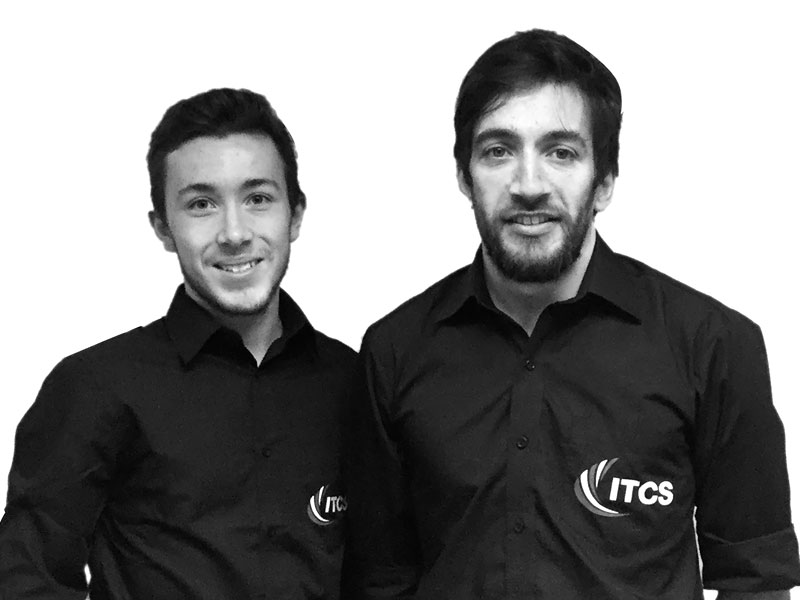 2017 has been a really busy year for the ITCS web development team, with new clients, new websites and new SEO and Adwords clients – so somewhat appropriately, the company have ended the year by bringing new talent on board to boost the team.

Web Developer Jackson Denham and Junior Designer-Developer Charlie Lamb joined the company’s Bridgend-based Head Office in late November and are already putting their experience to good use, working on a wide range of projects.

Whilst ITCS are well known for their long-established IT support services (which saw the company named Wales Top IT Support Provider, although they cover the whole of the UK), many local businesses have been surprised to learn they have a large team of web developers and have literally hundreds of satisfied web design clients, from Estate Agents using all the online property portals to big E-Commerce sites with thousands of products.

The company, a Google Partner, have a unique approach to web development, which allows clients to pay monthly rather than a huge upfront cost.  This means even small businesses can have access to some of the top web talent in the business, with Copywriting, Digital Marketing SEO and Adwords Management services also available at very reasonable rates.

“Our business has expanded massively from our small beginnings in a shop in Maesteg to a large, nationwide business, and every time we expand our team, I feel a real sense of gratitude and pride – I’ve never forgotten those early days and while we work with some huge names now, personal service, adding value to clients of all sizes and helping other businesses are still values we live by and instill into our team members.  I’m looking forward to working with Jackson and Charlie in 2018 – and continuing to help other businesses grow too!” 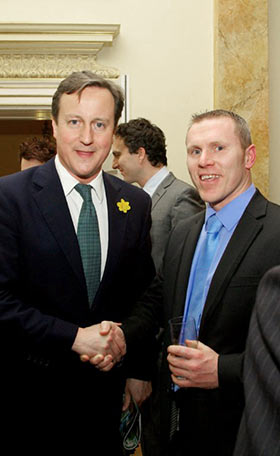 The Prime Minister has praised a Bridgend company for taking on its first apprentice and so honouring a promise made at Number 10. The pledge was made by Brian Stokes, Managing Director of ITCS one of the UK’s top IT Support Companies, after the Prime Minister singled him out for a chat. ITCS is one of the recognised Wales Fast 50 companies and has won numerous awards for service and support. Mr Stokes was singled out by Mr Cameron and ready with advice at the star studded reception, full of Welsh TV personalities, rugby stars and other leading businessmen.

Brian said: “He asked me what I thought the Government was doing right or could be doing better, so I said that I was pleased to see the Government pledge of committing additional investment to apprenticeships. We see a lot of engineers who leave college and cannot get a job in their chosen field, burdened with debt, and have no industry experience. I explained that an apprenticeship is more focused, more hands on, and would give us a better engineer at the end of it.”

“We had quite a chat and I told him we’d be keen to start doing apprenticeships and working closely with the local schools and colleges. I really felt that he took the point and welcomed my feedback.” The Prime Minister clearly did. He was delighted to hear Brian’s enthusiasm for apprenticeships.

Mr Cameron added: “They are a key part of our plans to grow our economy, giving young people the chance to learn a trade and helping to build the highly-skilled workforce that our businesses need. They are good for people who want to get ahead, good for business and good for the country. It’s great news that ITCS are now taking on their first apprentice and I hope they will inspire more companies to do the same. I wish ITCS and their new apprentice all the best for the future.”

Brian Stokes says he was selected to attend the Downing Street reception as one of Wales’s “Fast 50″ companies. It was also recognition of the role ITCS has played over the years in supporting and rolling out Government backed initiatives. Brian set up the company with his business partner Gareth John in 2004 and they now employ 20 people. The company delivers award winning IT Computer Support and Managed Maintenance Services to businesses throughout Wales and the South West of England.

As Wales’s number one IT Outsourcing Partner, ITCS can save clients thousands of pounds each year, and deliver innovative, cost effective solutions. With their head offices on the Bridgend Industrial Estate they cover the whole of Wales and the South West of England. For further information visit www.itcs.co.uk 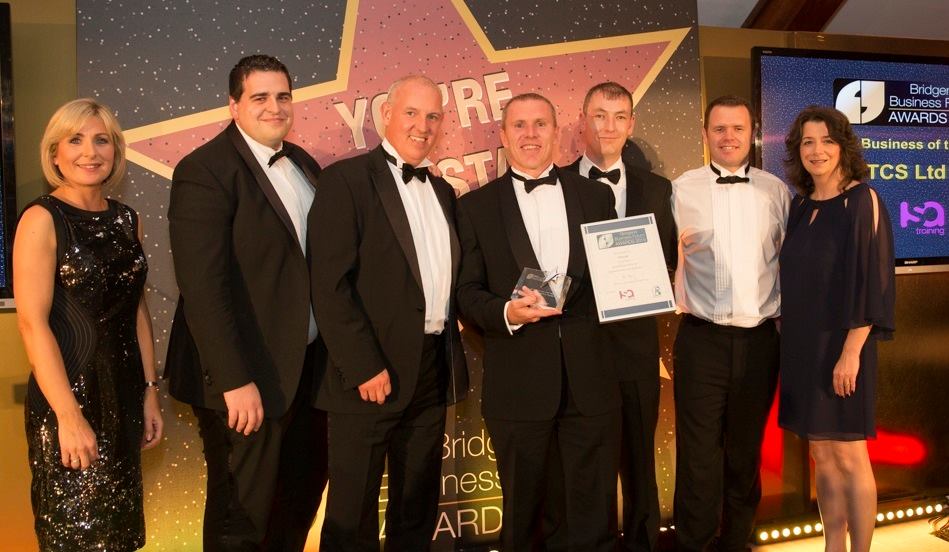 ITCS was honoured to be presented with the Service Business of the Year award to recognise their dedication to providing businesses in Bridgend, and south Wales, with outstanding IT and business support.

Now in its third year, these awards were founded with the intention of seeking out the ‘shining stars’ of the Bridgend business community. They are organised by Bridgend Business Forum and supported by Bridgend County Borough Council.

Along with the other award nominees, ITCS attended a glittering gala dinner and awards ceremony hosted by BBC News Correspondent Sian Lloyd at the Coed-y-Mwstwr Hotel in Coychurch.

We are delighted to add this accolade to our already impressive list of awards, including being included in the Wales Fast Growth 50 for three years in a row.