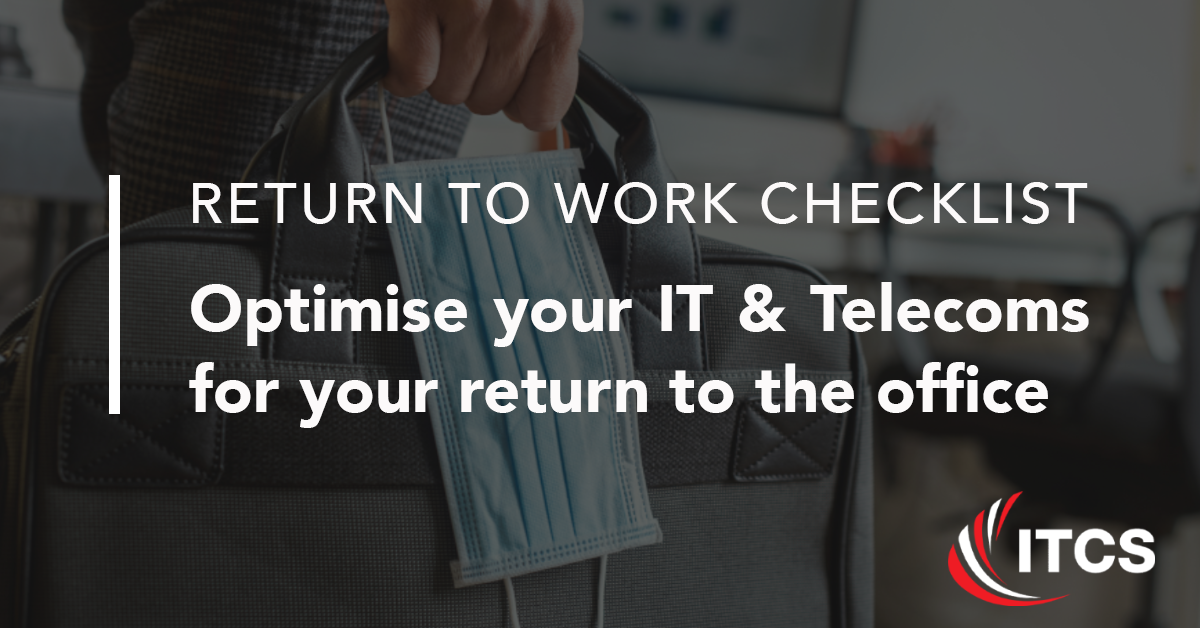 Is your IT Support & Business Telecoms equipped for the ‘New Normal’?

Find out how to embrace and optimize the new normal with our IT Support & Telecoms “Coronavirus return to work checklist”. 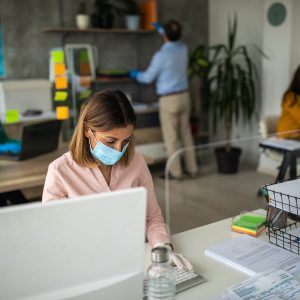 There is no doubt that 2020 has been a demanding year. Your employees were tasked with adapting almost instantly to remote workplaces, only to now be asked to transition back when they’ve just about settled in. These constant changes are difficult, but there are ways to help. Your business should no be longer reacting to Covid-19, but be strategising for it. As a business, you need to look at the business communications solution you quickly put in place and decipher whether it was the right solution for your company.

You need to be asking where your pain points have been and if the current ways of working are sustainable long-term.

See the return to work checklist

WebCoronavirus return to work checklist: IT Support and Telecoms09.08.2020 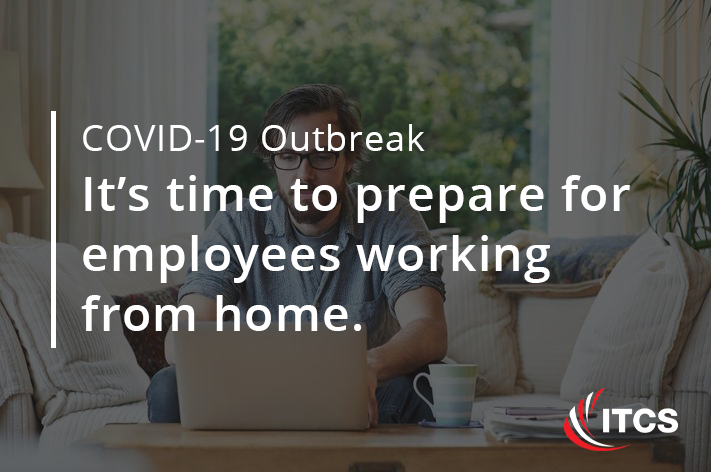 COVID-19 Business Continuity: A number of small and medium size businesses are undoubtedly considering the effects coronavirus may have on your business.

Ensure Business Continuity: Plan ahead and engage with us now before the situation concerning corona virus forces your team work from home. We are here to support you and your business.

If your staff need to work from home, do they have the correct equipment and resources to do so? Are they able to forward office calls to their mobiles? Can they access work files? Are their systems secure? See our checklist below to ensure you and your business are prepared:

WHAT ITCS ARE DOING:

Scroll through the slideshow below to see screenshots of the site and the ‘Full Time’ section:

The Bridgend Port Talbot Junior Football League is the newest league within Welsh Football, hosting 32 clubs and various cup competitions with age groups from Under 7’s to Under 16’s.

The creation of the new league aims to increase the participation of football within the local area, and add to the existing history of its predecessors.

Bridgend Port Talbot Football League needed a professional image which honoured its’ predecessor’s rich history whilst incorporating a bright, modern and fresh image to appeal to its’ target audience. They required the following services:

The logo redesign needed to merge the two predecessors’ logos, and also incorporate the original league colours – blue for Bridgend and red for Port Talbot. There also needed to be a clear message of the two leagues moving forward together.

Five designs were created by ITCS incorporating the league’s design requirements. Research was also undertaken to come up with the strapline ‘Onward with Confidence’ – this is the strapline on the Bridgend Town Crest. Elements of the Port Talbot town crest were also used. These five designs were submitted to be voted on by league members and the community, and the final decision was made by them.

The BPTFL website was designed and built to act as a brand ambassador and showcase for the league, highlighting the exciting merge between Bridgend & Port Talbot with an emphasis on eye-catching visuals and large banner images. The website needed to cover everything any club would need to know in a Junior Football League including real time fixtures, results and league table. In addition to this, it needed to include a profile page for each club.

The front end needed to be bright, fresh, user-friendly and welcoming for all members of the public to be able to use.

Parents and players are able to see results and league tables as well as where upcoming matches are being played – with directions available to venues:

There is also a club directory available. When each club is selected, you are taken to a club profile with club details and contact information:

There is also a search function to find all the clubs in the league that have teams at different age groups:

For clubs, we included a login portal for submission of results, as well as an admin area for use by the league officials for allocating fixture details and referees, as well as authorising submitted results.

Once the site’s design was finalised, the team could get to work on building the functionality of the back end. The aim of this was to streamline the processes of organising league fixtures as much as possible, and make everything accessible across all devices.

A bespoke CMS system was built into the site that would allow admins to see and add clubs and club information, as well as seeing the league tables for each age group. The system also allows users to organise fixtures and tournaments and to allocate referees to games – as well as seeing information on how many games each referee has been assigned to.

Each club is given a login to the Fulltime system and after each game, each club uploads their match results to the system. Once verified, these are displayed on the front-end of the website.

With a new, fresh, professional image comes the need for a professional email presence. The sporting crest of any football club or league is an integral part of its identity, needing to appear on anything relating to said organisation, from the football kits, club merchandise and official marketing communications. This also relates to the email signatures that are used by its employees. It makes no sense for a club or league to leave email signature management to every single end user, just as it would not for any other professional organisation.

We provided the league with Exclaimer, with Office 365 integration. This provides league officers with a professional email platform that can be used anywhere, as well as ensuring brand consistency through their email signatures.