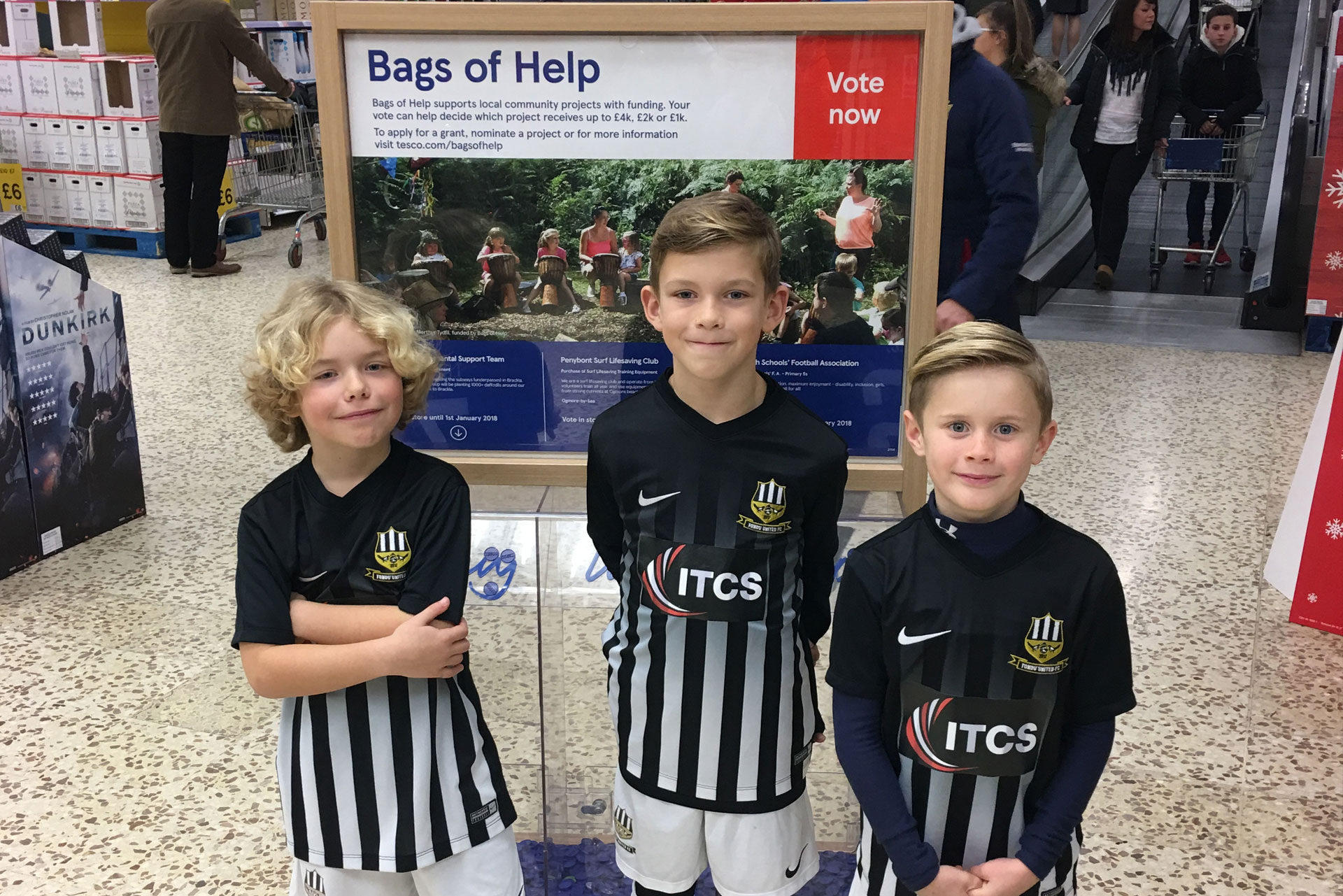 The three groups each won funding for community projects from the carrier-bag tax scheme, which is funded by the sale of carrier bags in store, and were recently invited to the store to celebrate. 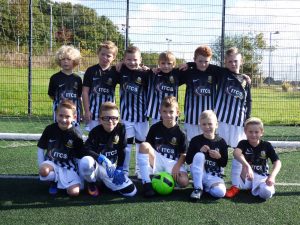 The full under 9’s squad

Tondu Football Club has received a £1,990 grant which will be spent on equipment and a training education course for their volunteers.   Three members of the under 9’s team, who are sponsored by ITCS, joined the store alongside representatives from Bridge Mentoring Scheme, who received £4,000 to grant disabled access to their garden and Cowbridge Community Allotments, who received £1,000 to purchase a large poly-tunnel, which will benefit allotment users.

“The boys train really hard and it’s great that Tesco and the local community want to support them.  Young as they are, they value all the support they receive and who knows, we could have a future Gareth Bale in the team!  At this age, their passion for the game is high anyway, but with the right training the team can develop their skills as well.  This money will make a huge difference to the team and as parents, we are really grateful to Tesco customers for giving them the opportunity.”