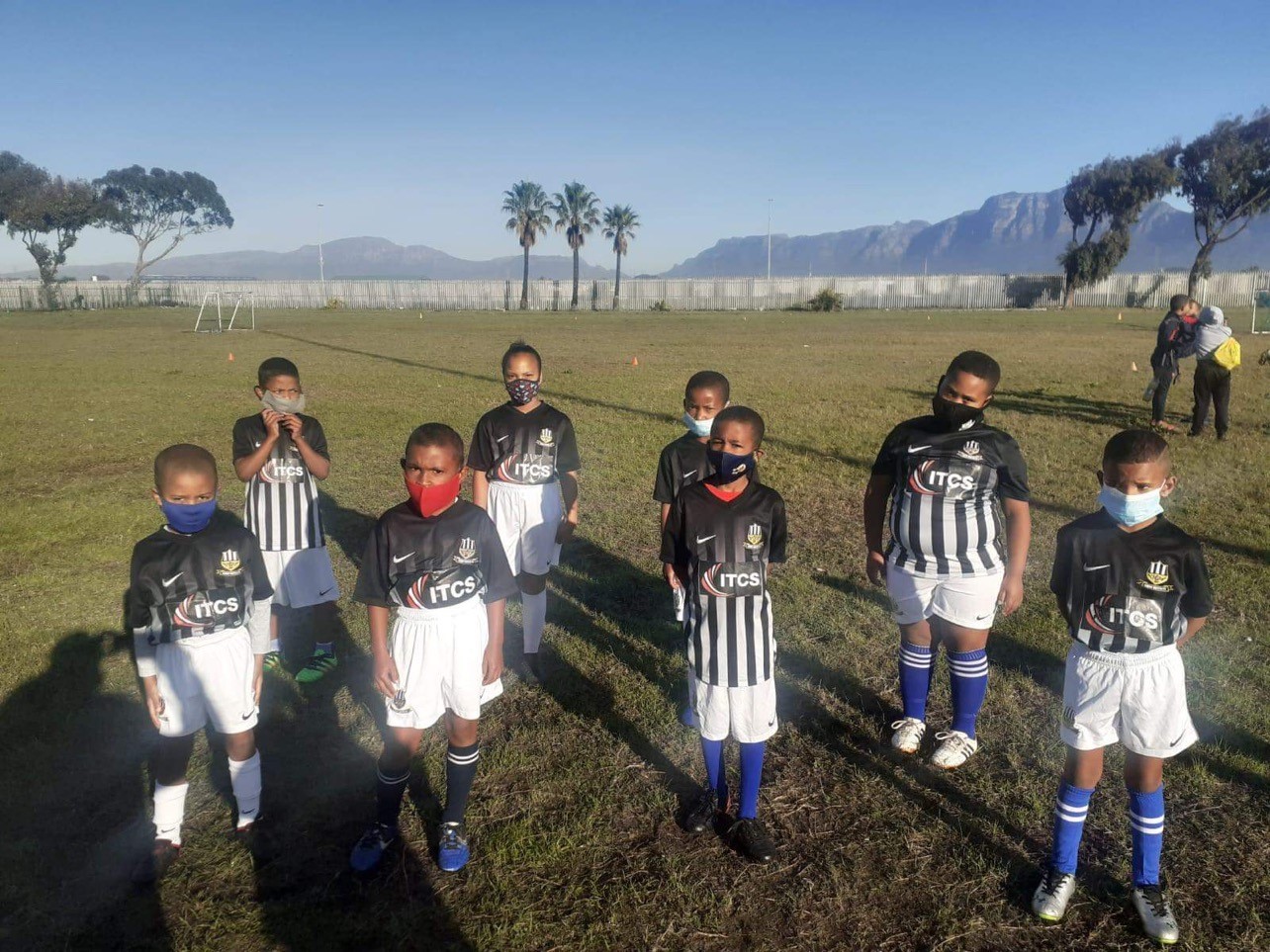 A football club in Cape Town, South Africa, now has full football kits to play in thanks to Tondu United FC.

The team, proudly sponsored by ITCS and Facilities by ADF, has an aim of battling against gang cultures, with a heavy emphasis on reducing knife and gun crime in Cape Town.

“The relationship started back when a friend of mine went to South Africa and met with the school and local teams,” says Joe Powton, Tondu Secretary, “She told me about what they do, and when I was in Newcastle about 8 years ago, we sent a load of kit from my old grassroots club. I kept in touch from that date helping them with the odd bit here and there, then decided to do another kit donation with Tondu United kit as it’s such a great cause.” 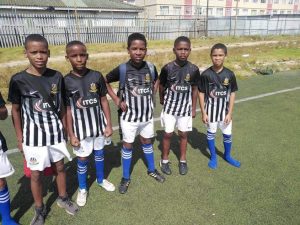 A big part of what FC Manenberg does is centred on battling against gang culture in Cape Town. Tondu’s kit donations give the clubs and teams identity, and they will give the children/youths in the area a sense of belonging to play in structured football matches and represent their team. Some of the kits have been used by the club, and any leftovers have been donated to local schools for the younger children.

“It took us a long time to sort this – the kits were sent in 2019! We experienced some extreme delays at customs – we even came close to all the kit being destroyed,” Says Joe, “but we were persistent enough with UK and SA customs to ensure the goods were delivered. They were received then just as COVID hit, so couldn’t be distributed until recently”.

Tondu United has an ongoing partnership with FC Manenberg, and discussions have been had to arrange some travel between the two clubs, whether that be coaching opportunities for Tondu Coaches to go over, or for the SA teams to come to Wales on a residential to play here. Travel restrictions have currently meant this can’t be planned, but hopefully, this can be looked at again when travel is open as normal.

“We’re so proud of Tondu United and how they’ve been able to achieve this very special donation,” says Brian Stokes, MD at ITCS, “We are big believers in giving back to local sports teams and encouraging a sense of community – the fact that this is being extended across continents makes us incredibly proud”.

“We would like to take this opportunity to thank [Tondu FC] and your staff that prep the equipment and playing kits to be shipped to South Africa Cape Town. Our staff and members would like to thank you for your loyal commitment to see that we got the equipment although it was not smooth sailing in the beginning and parcels was delayed at customs, but it was delivered.”

“A special thanks to the sponsors of Tondu United FC:

Your brand and logo are in good hands and we will market your brand in South Africa Cape Town.”