Dalton’s ATVs is one of the largest authorised dealers of new and quality used Honda, Yamaha and Can-Am ATV’s along with Polaris UTV & ATV, in the whole of the UK. John Dalton owns and runs the family business that is Dalton’s ATVs whilst also managing his own family farm. When Camilleri Construction asked for ITCS’s co operation with this project, little did they know that they’d end up battling some of the worst flooding that Wales has seen in 30 years…

KEY ACHIEVEMENTS OF THIS PROJECT

Dalton’s ATV had fallen victim to flooding, and were working with Camilleri Construction in 2018 to get their business back up and running. Camilleri Construction approached ITCS with the challenge of re-configuring their data network system. They required the design and install of a 70-point network system, along with the relocation of its CCTV hardware (16 Camera DVR and associated equipment) to a new communications area on the first floor of the site. ITCS have years of experience in the design and installation of networks:

“We chose to use ITCS for this project because of their experience; we knew their team of structured cabling installers were able to provide a complete service from the design stage through to testing and commissioning.” – Camilleri Construction 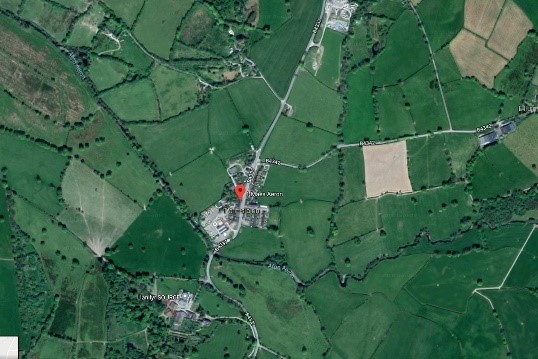 The added task came with the supply of equipment… not only did they need this project carried out as soon as possible, but the site was 2 hours away – in a beautiful rural village in West Wales – so supplying all data cabling, electronics to this site would prove a challenge… not to mention the fact that installation was only available to take place between 12pm Saturday and 6am Monday mornings.

ITCS visited the Dalton’s site and the design was walked through within the initial client meeting. Install was set for the following Saturday, at 12pm. Glyn (our Projects Director) and the team worked tirelessly to complete the project, packing up and leaving at 10am the following day. During that 22 hours, the team installed a new server rack, switch equipment and cabling, and ensured it was all patched and tested. All of the CCTV camera equipment also got moved to its new location on the first floor of the Dalton’s building. All in a day’s (and night’s) work.

This got signed off by the client at 10am on the Sunday morning. Camilleri and Dalton’s were both so pleased, they asked ITCS to return to complete additional works – this included the installation of 8 additional data points, as well as a phone line move and 4 additional double power sockets to be implemented.

The designs were walked through, plans were put in place, and ITCS returned to Dalton’s site at 7am on Saturday, 13th October to complete the installation… but the team soon realised that mother nature would stop them in their tracks. 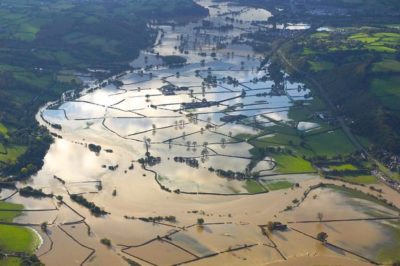 As the team began the install, they realised that Mother Nature was getting ready to stop them in their tracks: Storm Callum hit, and Dalton’s began to flood for the second time that year as the Afon Aeron broke its’ banks. Not only that, but as the relentless floods meant that the ITCS team couldn’t get their vehicle off the premises; Glyn and the team became stranded at the site. 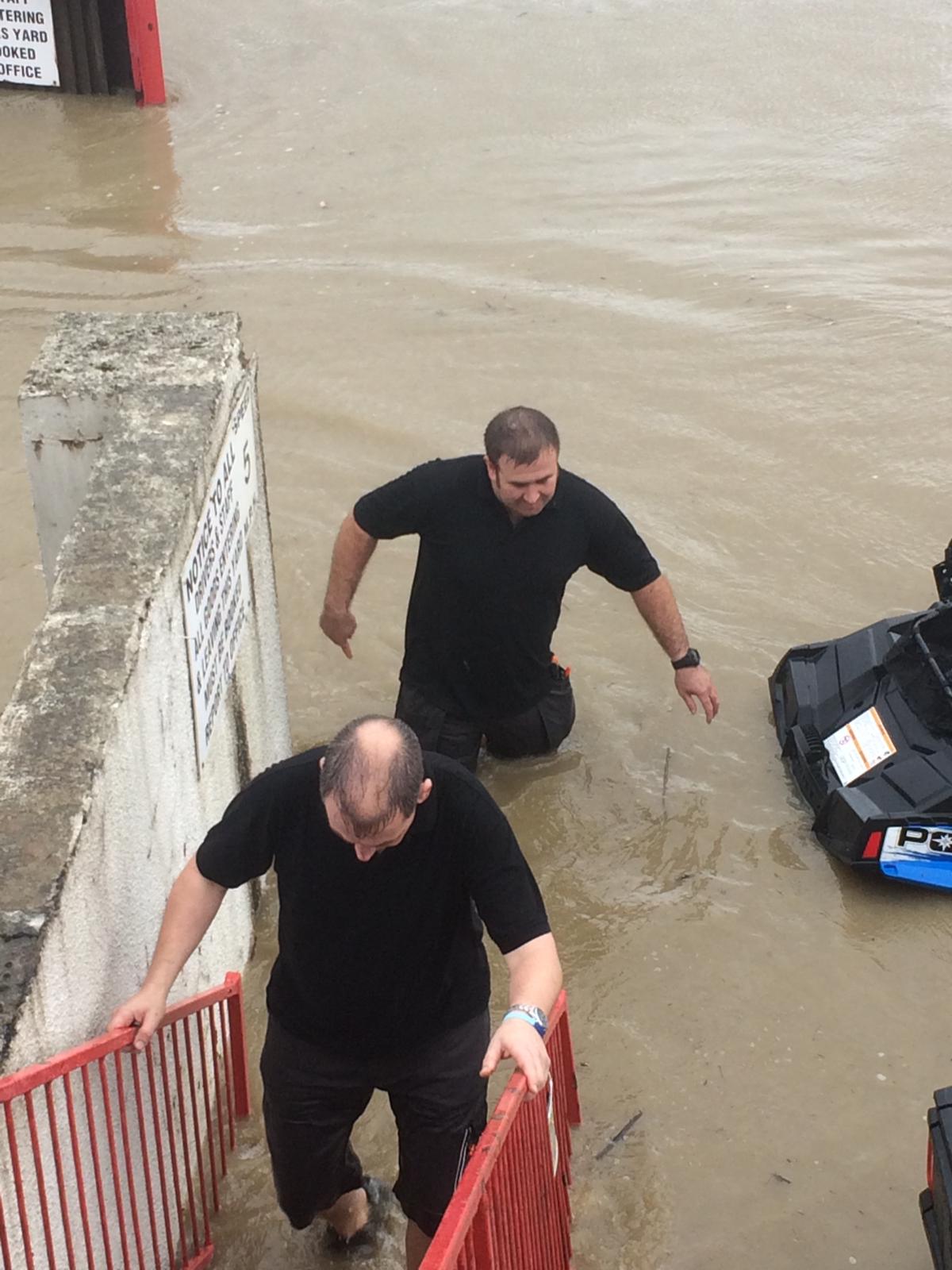 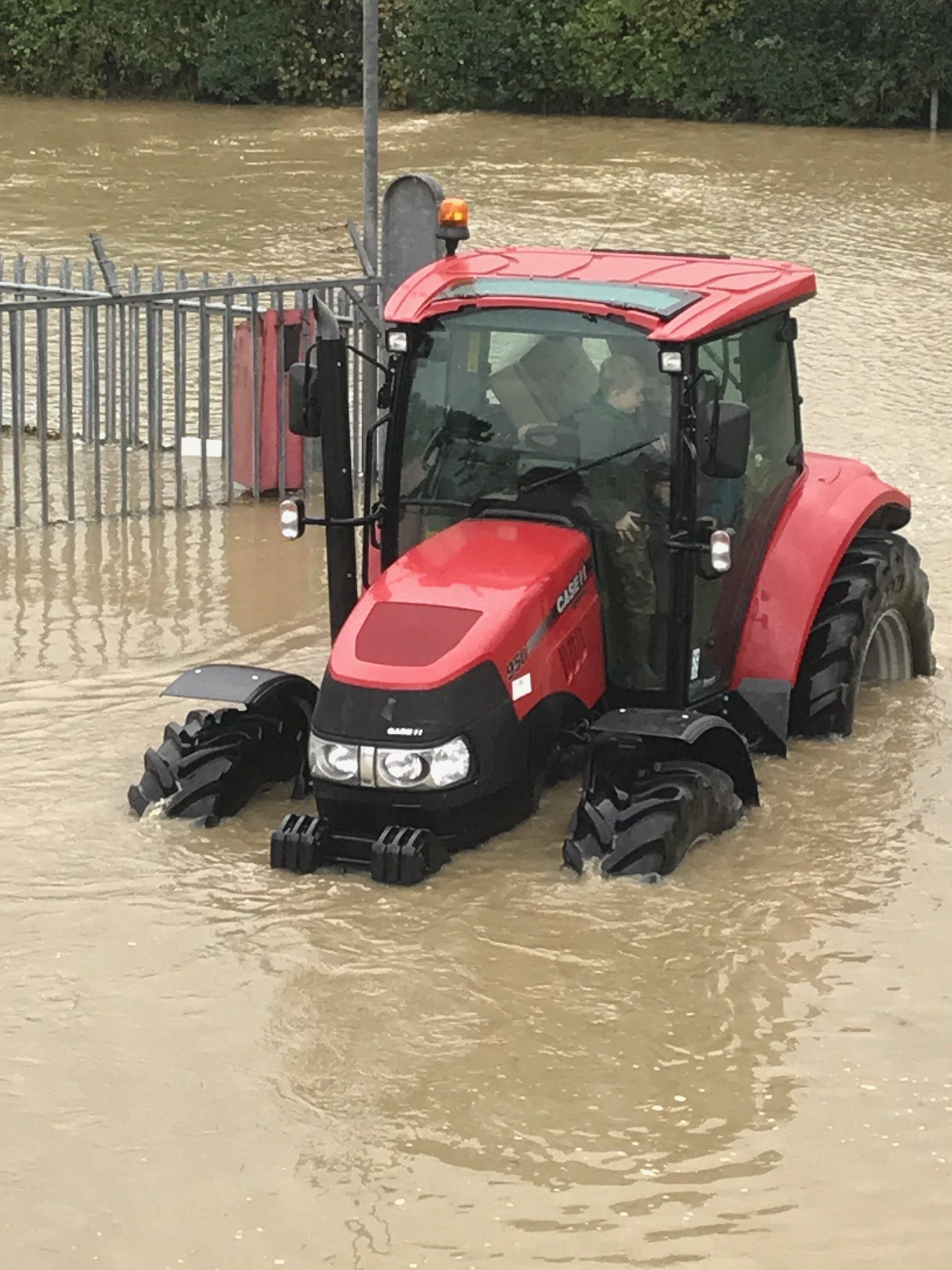 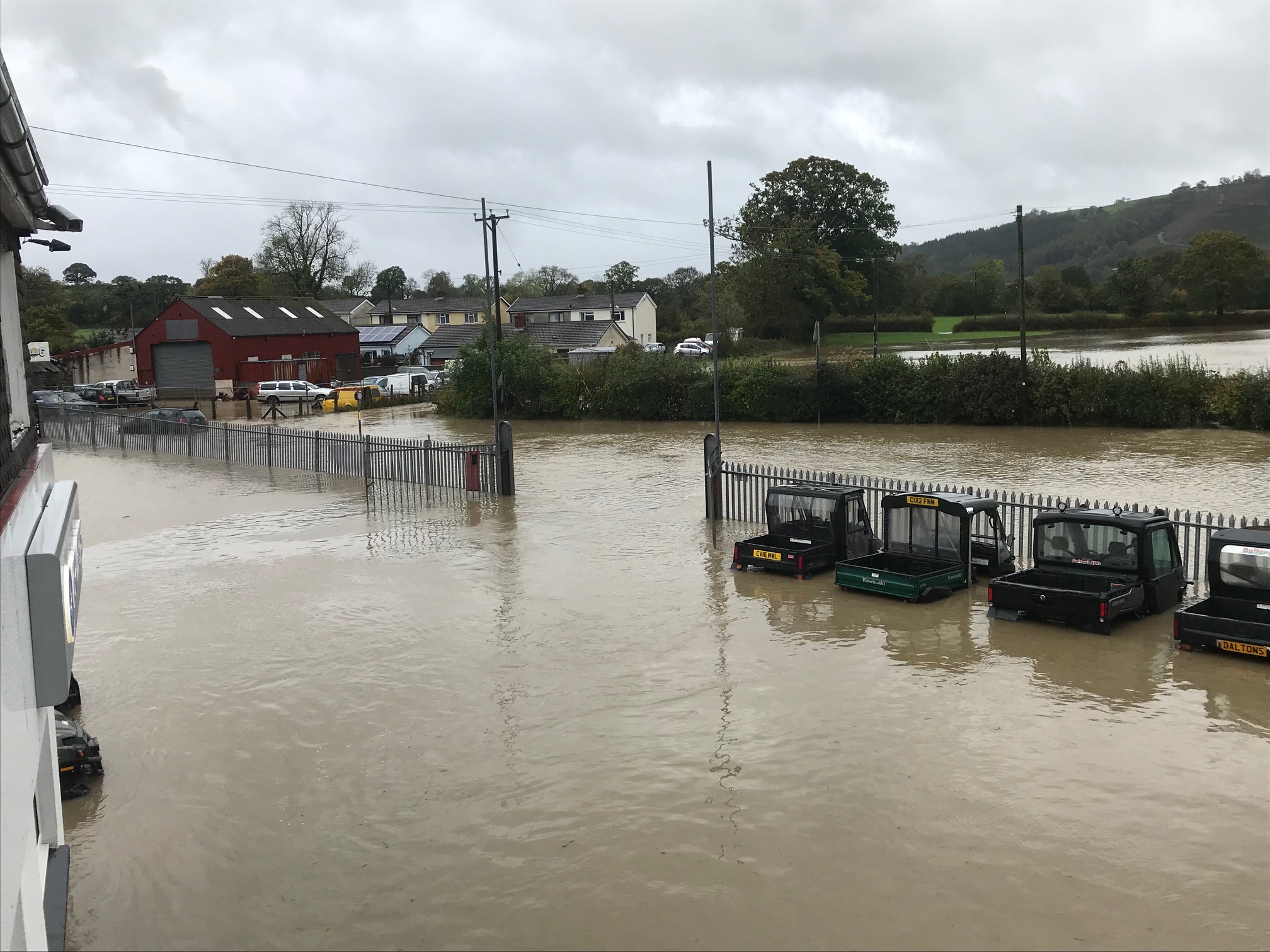 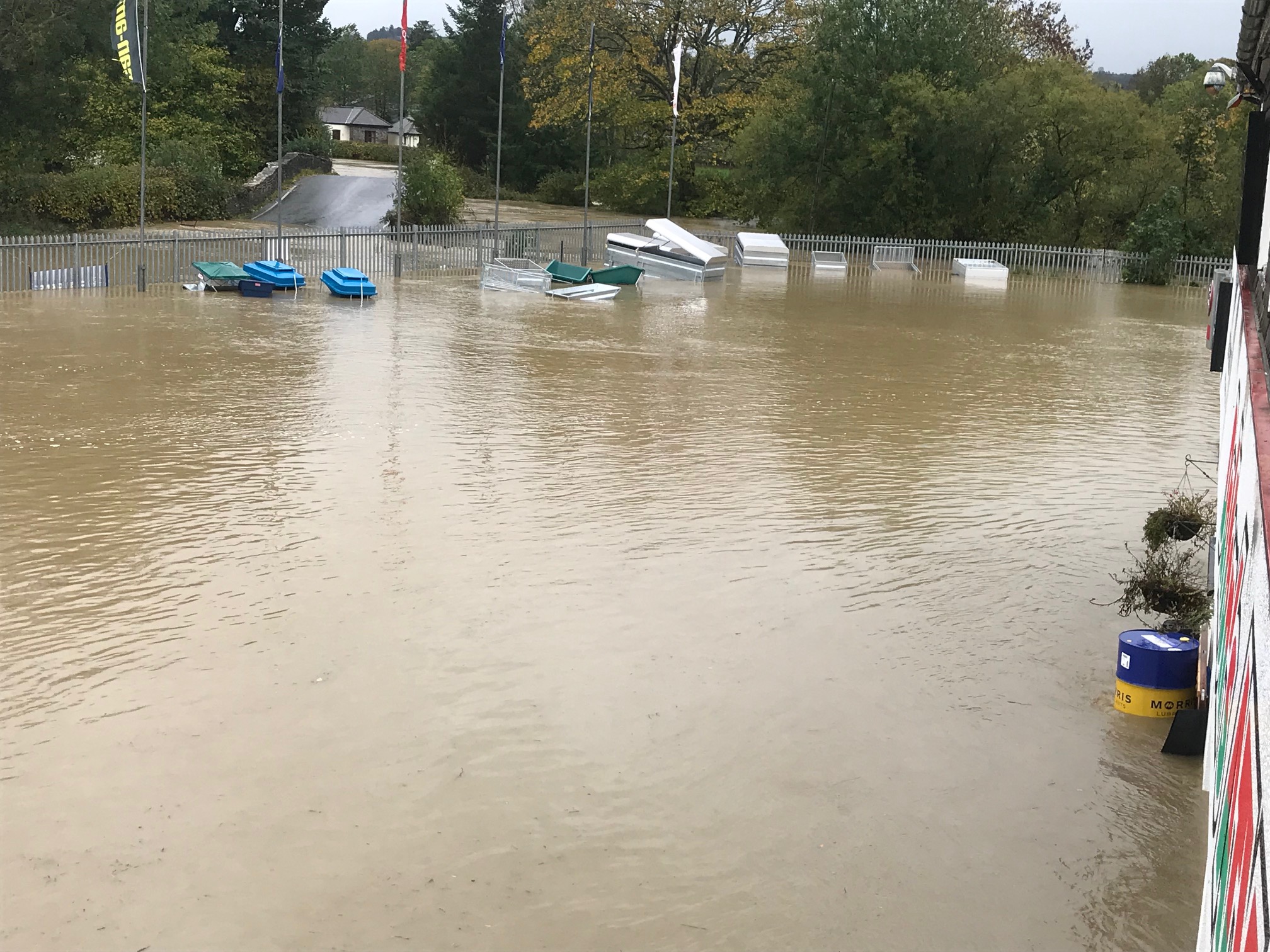 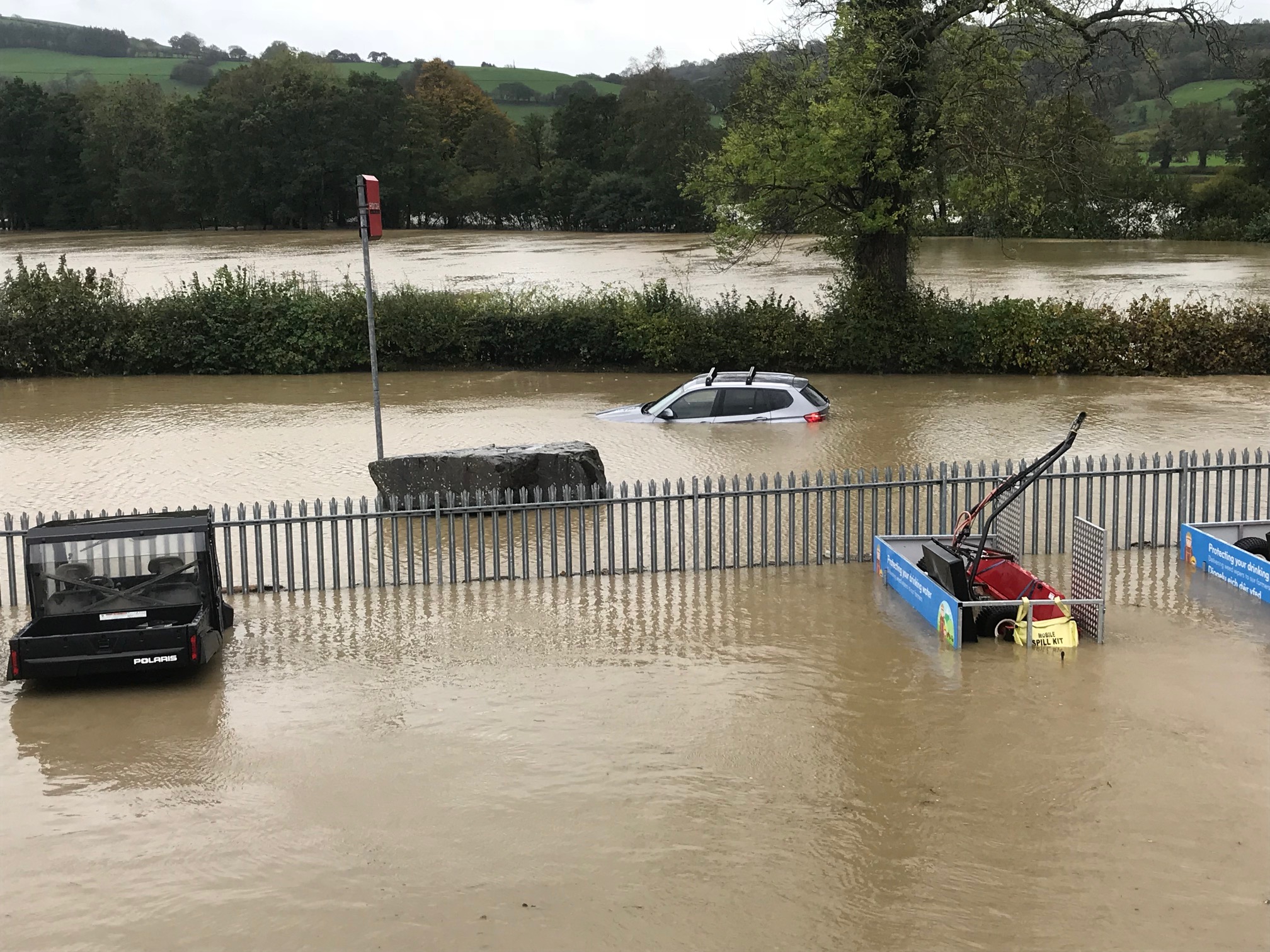 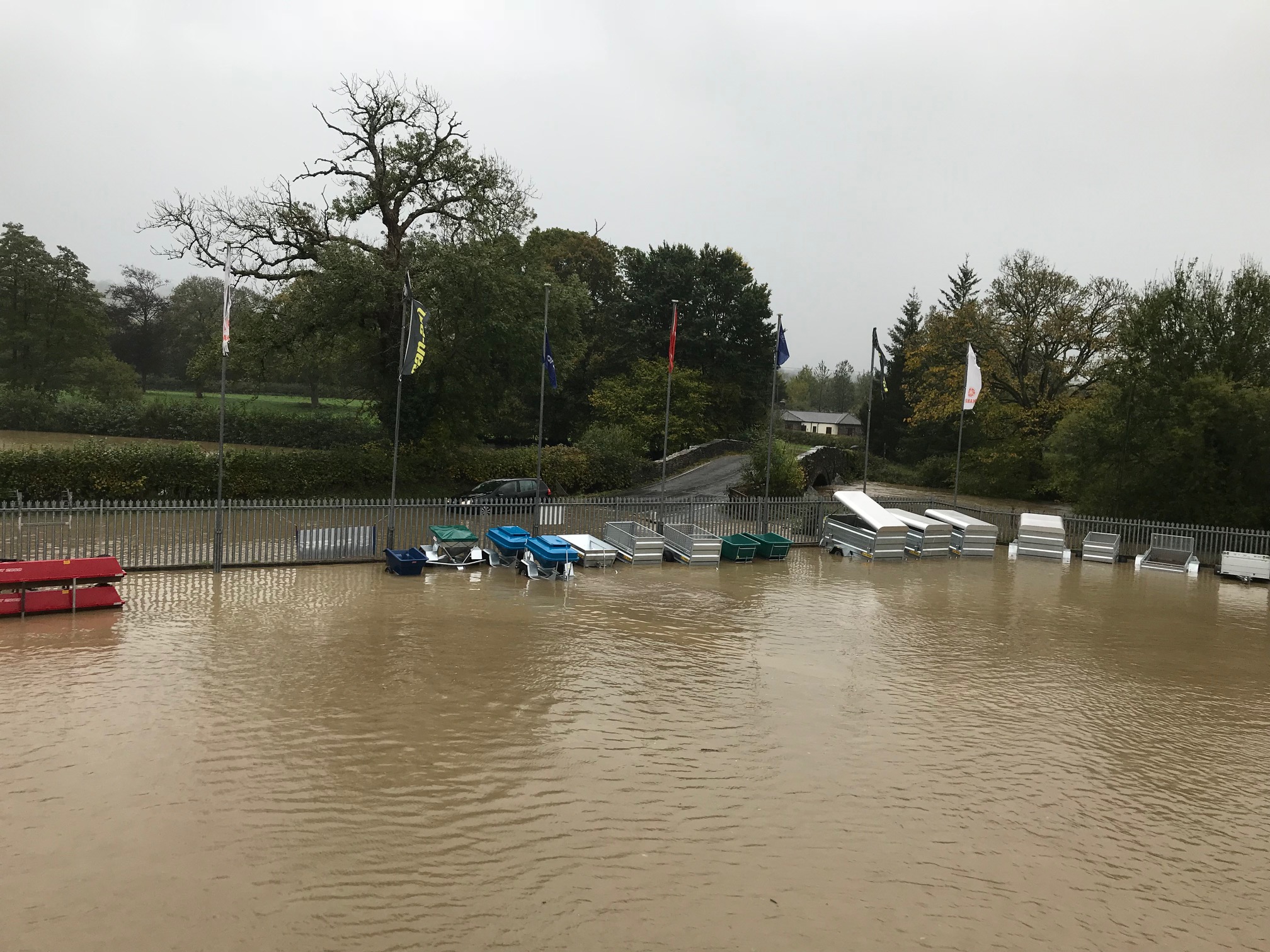 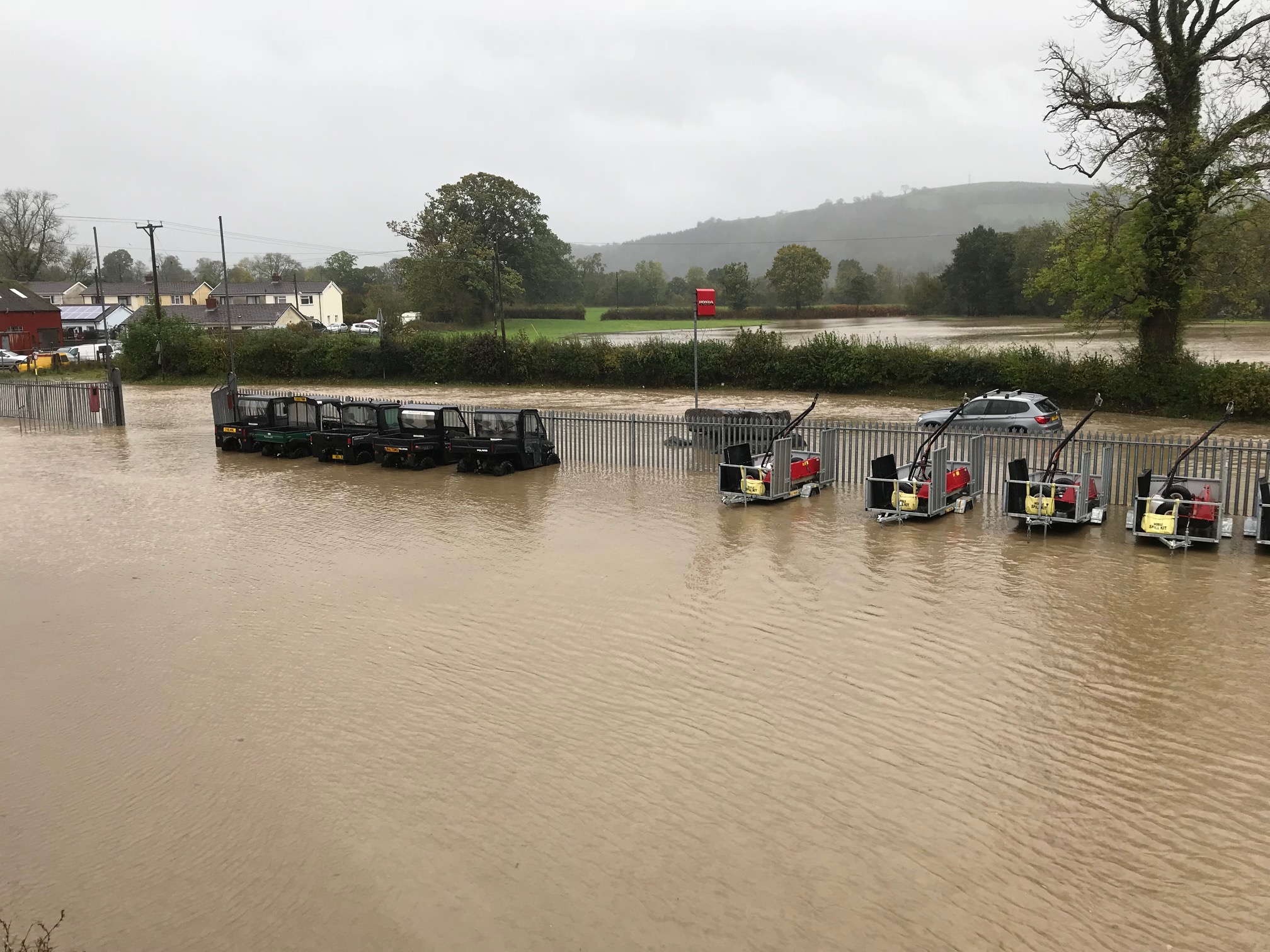 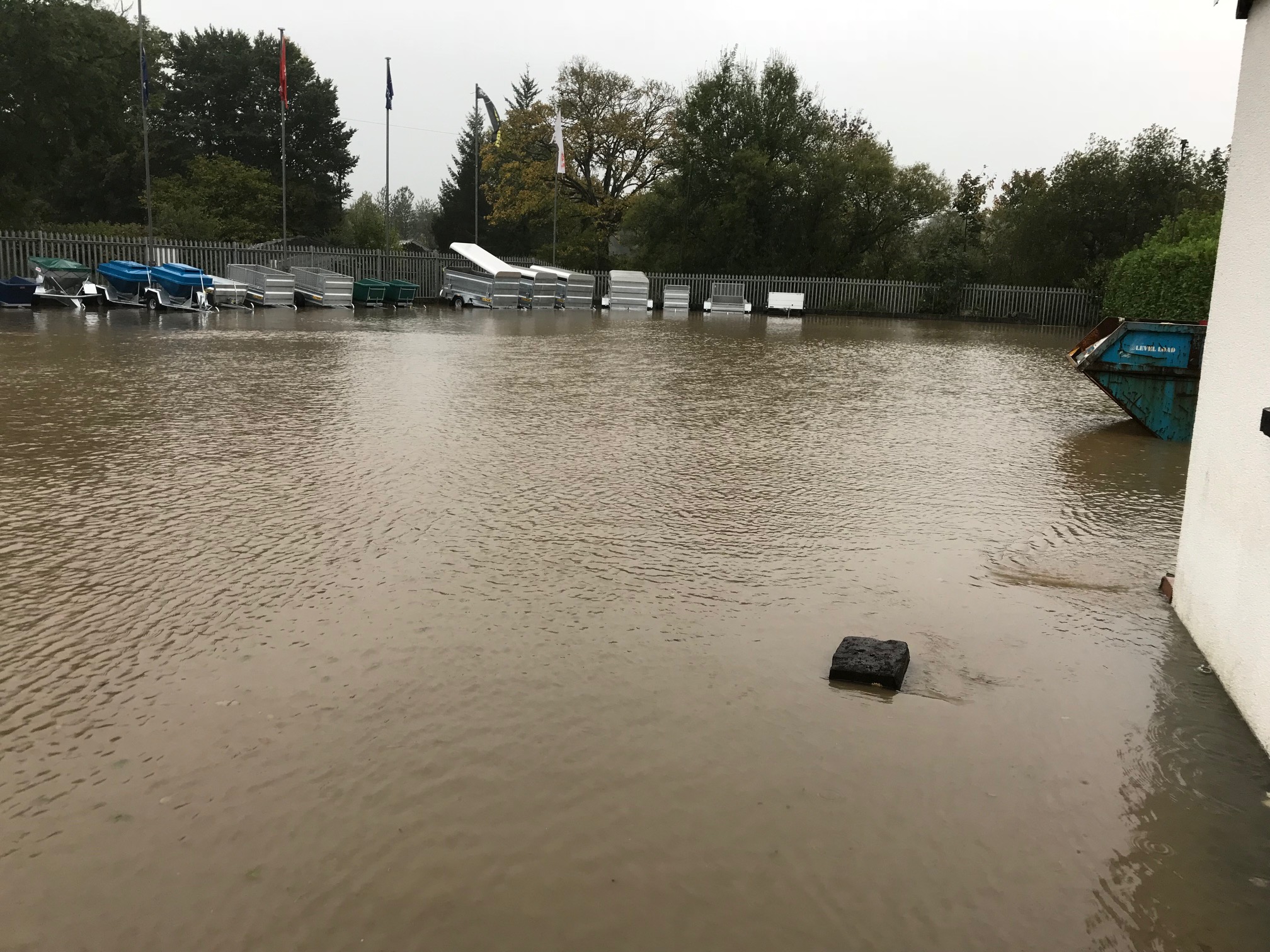 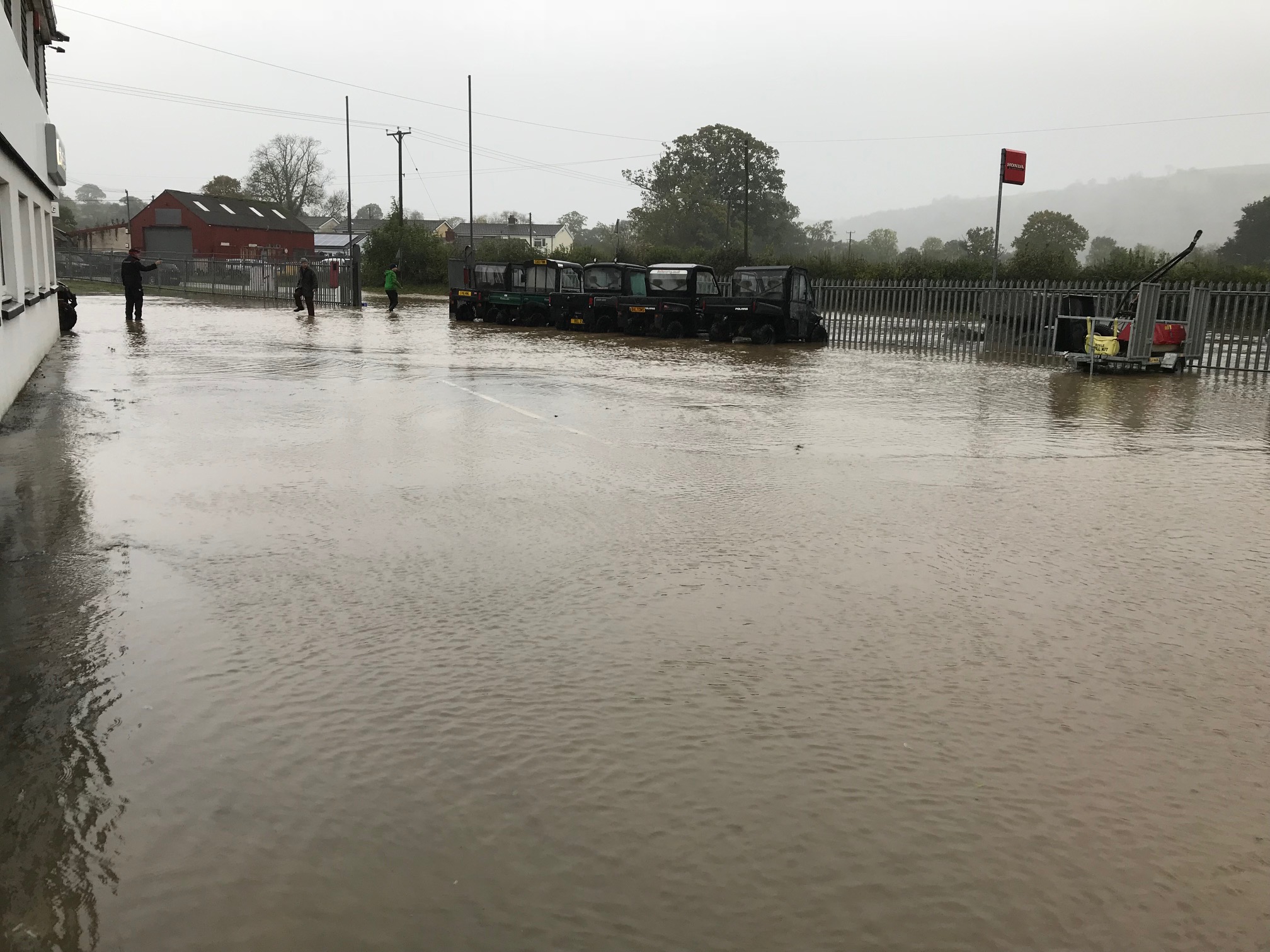 Stranded and soaked, the guys’ focus switched; they were no longer able to install the new kit, so they began to try and save the Dalton’s building – attempting to reduce water ingress as best they could.

The team were able to hold off the water until around 4pm – it was then that water started to creep in through the foundations of the building.

At 5:30pm, the team was finally rescued by a local farmer – who used a telehandler to get them out. Apparently, this footage made it to BBC Wales news!

Watch the boys getting rescued here – this video was taken by Gethin, of Dalton’s ATVs, from the bucket of the farmer’s telehandler while they were being rescued.

Fortunately, and due to ITCS’ efforts to prevent any building damage, the work was able to be completed during working hours the following week. “We couldn’t believe the resilience and grit of the team” said John, owner of Dalton’s, “They really went over and above (water) to help us out and keep damage to the building as minimal as possible. They did a fantastic job on this project.” Sometimes disasters and downtime can’t be avoided – but ITCS can keep you in control of your business. Find out how we can help you today: CLICK HERE